While Kathmandu is in many ways a thoroughly modern city, a walk through the rambling maze of beautiful medieval houses and temples in the old city is like stepping back into another time.

Everitte and I arrived late on a warm Friday night and got our visas from the most friendly and cheerful border guard I have ever met in my life. We made our way to Thamel, the backpacker hub of Kathmandu, a confusing sea of twisting alleyways lined with a seemingly endless series of cheap hostels, varying standards of restaurant and colorful clothes and scarf shops.

Piles of rubbish on the early morning streets of Thamel

The following morning we got up early to go to the Indian Embassy, having been assured by the manager of our extremely cheap (though not particularly clean) hostel Holy Lodge, that the embassy was open seven days a week.

Sadly it transpired that this was not strictly (or at all) true, but we decided to take advantage of our early start to set off on a walking tour of the old city, finished at Durbar Square, or the King’s central palaces and temples.

I have never seen so many temples so close together! Every corner and cross roads seemed to have its own temple, whether a Hindi shrine, a Buddhist stupa or a beautiful old pagoda with its distinctive series of layered wooden roofs. 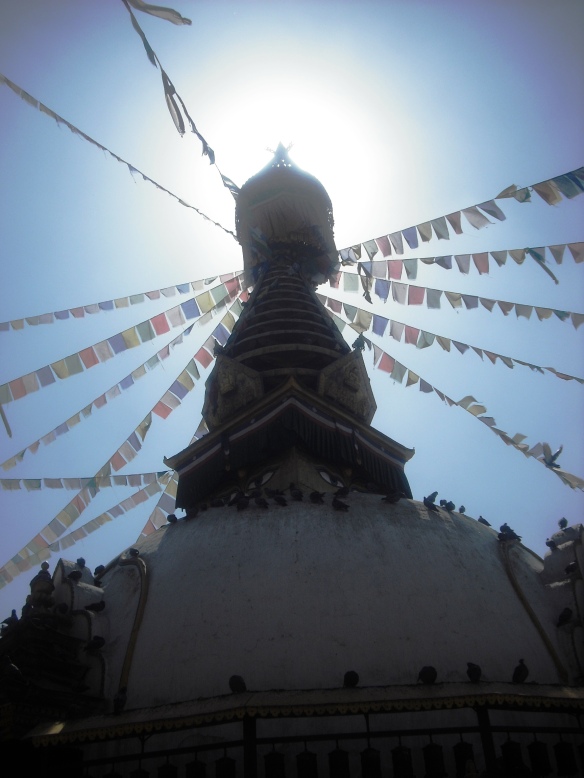 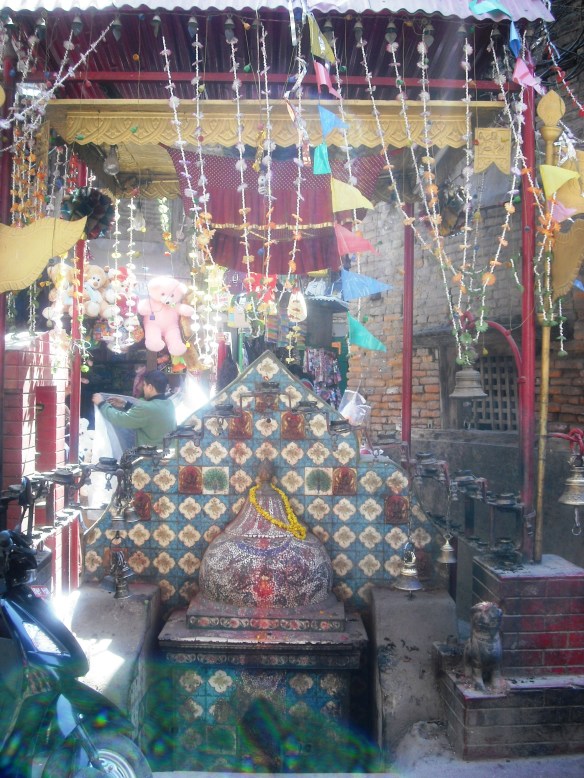 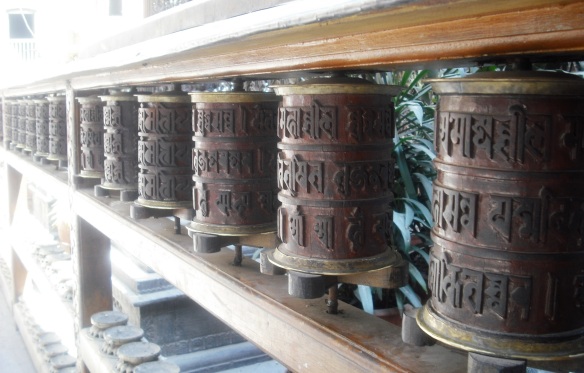 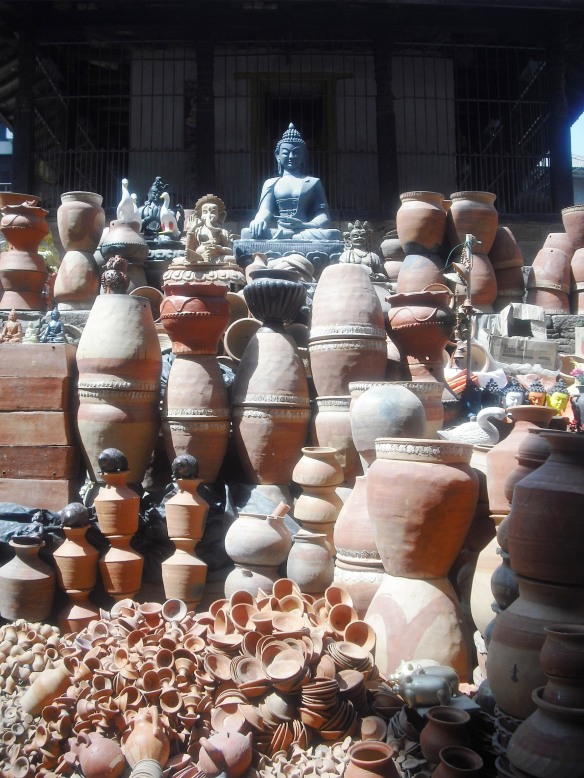 After wandering the narrow alleyways for several hours marvelling at the colours, the temples, the cycle rickshaws and motorbikes weaving crazily through the pedestrians, cows, wandering dogs and chickens, we arrived at Durbar Square, the site of the palaces and temples of the ancient Nepalese royalty.

We wandered in looking up in awe at the vast pagodas and I took a few photos, but suddenly a security guard appeared and told us we had to buy a ticket, leading us to a small ticket booth in one corner of the square. Sadly when we arrived, quite happy to buy ourselves a ticket and support the maintenance of the square, we realised that the price was absurd – 750 Nepalese rupees each. While this is only about $10 it was way out of our budget ($10 a day each) and seemed quite disproportionate given that our accommodation cost 100 RS each a night, just over $1.

Rather than buying a ticket to explore properly we decided just to leave and make out way onwards south of the square – it seemed like a shame but next time we’ll take more money and do things properly.

We ended up on Freak Street, thus named because it was the old hangout of all the hippies, who came to Nepal to get very high and “find themselves” back in the 70s. Today Thamel is the new backpacker hangout, and Freak Street seems quiet in comparison, but we found a lovely restaurant with a food top terrace for lunch and settled down to relax and enjoy the light breeze and the spectacular views on Kathmandu, which is one of the greenest cities I’ve ever seen, surrounded by a ring of spectacular mountains.

Note the snowy peaks of the Himalayas visible in the distance

On the way back to Thamel after a lunch of delicious buffalo momos, Nepalese dumplings, we found this rather wonderful shrine. It is a large piece of wood dedicated to the god of toothache, and each coin has been nailed in place by someone suffering from tooth pain as an offering to the god in the hope of being cured.

There may well be something to it – Everitte made some flippant comment about how Nepalese coins can’t be very strong, and two days later came down with terrible toothache and had to take antibiotics and some terrifyingly strong painkillers for a week in order to get rid of it!

I don’t know if I’ve ever seen so many temples in a week before, let alone in the space of a day. As far as Kathmandu goes I was sold from day one – it is a truly beautiful city.

20 thoughts on “The Colours of Kathmandu”